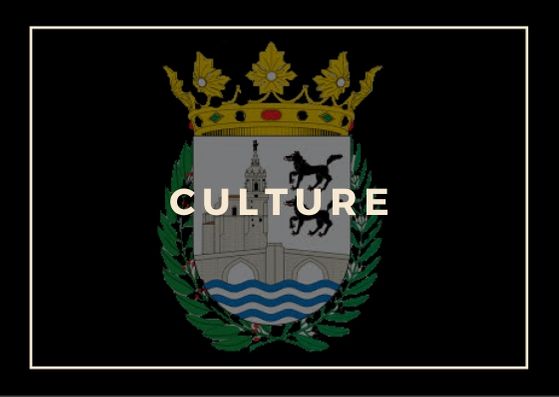 Bilbao is the capital of the province of Vizcaya and has a population of 350,000 inhabitants with a per capita GDP of 35,865 euros in 2012. The metropolitan region of Greater Bilbao, with 1 million inhabitants, is home to half the population and economic activity of the Basque Country, placing it among the most competitive, innovative and productive European regions (GDP per capita 30% higher than the European Union average). Until the 1980s, Bilbao was an industrial city, based on the steel economy and shipbuilding. However, the serious economic crisis and industrial restructuring have forced the city to reinvent itself.
In response to this difficult situation, several public and private institutions have designed a process of global revitalisation that has led to the “urban revolution”. Culture has initiated the transformation of Bilbao, with the Guggenheim Museum as an emblematic project, witnessing its development and influence throughout the world. Since the 1980s, Bilbao’s image has been that of an industrial city in crisis, incapable of competing globally with other cities or attracting new investment. When the first industrialised countries of Asia and Southeast Asia emerged in the world economy with more competitive prices, for products of lower added value but requiring a significant amount of human resources, traditional Basque industry was unable to face the competition and began to experience an economic decline that materialised in the continued closure of companies and businesses. It was necessary to regenerate the city socio-economically, adapting it to new local and global demands. Bilbao City Council has made an institutional commitment (with the Basque Government and the Vizcaya Provincial Council) to convert Bilbao’s productive specialisation base into new economic sectors in response to the crisis. In the eighties and nineties, the global development of the city included cultural policy as a fundamental instrument for the regeneration and urban transformation of Bilbao, with urban planning and sustainability. Shortly before the economic crisis reached its peak (1992 and 1993), it was decided to create a large cultural space that would play a proactive role in making Bilbao once again a competitive city through culture: the Guggenheim Museum, inaugurated in 1997. In the last 15 years, Bilbao’s development policy has been based on new activities such as services, leisure, culture and tourism.

The policies of the 1990s sought to create the necessary conditions to transform Bilbao into the city of services that it is today (67% of economic activity corresponds to the services sector and 24% to the industrial sector). To this end, the strategy adopted consisted of significant investments in infrastructure and cultural facilities, in order to take advantage of the urban opportunities generated by the dismantling of industry and the reform of port and railway infrastructures, which had freed up a large surface area in the city centre. In the Abandoibarra area, it was decided to install the Euskalduna Congress and Music Palace and the Guggenheim Museum Bilbao, the real engine of urban and social regeneration, and the municipality adhered to Agenda 21 for culture with the agreement of the Head of Government in March 2005. However, Bilbao already had a Cultural Policy aligned with the principles and commitments of the Agenda before it, Culture, which is the backbone of the Government Plan. This is a key element of the 2011-2015 Bilbao City Government Plan, to which approximately 10% of the municipal budget is allocated, with the aim of promoting programming, consolidating the network of facilities, developing cultural events and promoting artistic creation and training in collaboration with the creative sector, with the aim of turning all this artistic activity into an element that generates wealth:

Bilbao, a centre for cultural activities:

(1) Strengthening of the network of museums, (2) Cultural infrastructure, (3) Consolidation of the network of libraries, (4) Promotion of cultural programming, (5) Cult+++ure in the neighbourhoods, (6) Diversity.

(1) Promoting artistic creation and the training of artists, (2) Collaboration with the artistic sectors of La Ville.

Bilbao, capital of loisirs and events:

(1) Cultural and leisure events, (2) Consolidation of quality facilities and events, (3) Participation Art and Culture also represent one of the priority areas and sectors defined by the Strategy for Innovation and Intelligent Specialisation – iBilbao (2014).at the operational level, Bilbao City Council has for some time now had various public programmes to support the city’s cultural and creative industries sector, such as Bcreative! (2011-2013), through which Bilbao is betting on a future linked to the development of the creative economy as a sector capable of creating jobs and wealth, by promoting talent, values, creativity and entrepreneurship. This Sector is conceived as a model of opportunity linked to the urban environment of the city. It represents more than 6% of the economic fabric and about 5% of employment in Bilbao. The Creative Economy Development Plan contributes to the development of this sector by encouraging the creative capacities of the city’s businesses. All these efforts by the municipality are making Culture the economic and social engine of Bilbao

Bilbao has considered the economic size of the cultural sector as a factor for the creation of risk and economic development, through its implementation as an essential element of the City Strategy. Proof of this is one of the most important efforts realized with public funds (10%/year of the municipal budget). Also reconnoits the strategic papal position of the cultural industries, through its contribution to the local socio-economic development and with the implementation of programmes such as “Bcreative”. Another key element of the link between culture and economy is the creation of the city’s major cultural centres: culture, sustainable development and territory. The culture is accessible to all edicts, barrios and becas: more than 1,000 free small and medium activities in the 33 districts of Bilbao, reaching more than 70,000 people. Bilbao works with more than 50 cultural civic associations, organises discussion groups on programming in each district and installs municipal facilities at the district’s disposal to host and promote the cultural initiatives of associations and neighbourhood groups. The Implementation Plan 2011-2015 integrates the human rights approach respecting the European Charter of Human Rights in the City and the World Charter of Human Rights in the City, where cultural rights include the right to enjoy culture in its different forms and expressions. culture, social inclusion and diversity – 8.5% of the population is foreign. For this reason, the Immigration Programme and the Local Immigration Council, key tools of municipal management of immigration and diversity, are involved in the definition of cultural policy. Bilbao works in partnership with the private sector, civil society and other institutions to ensure that culture and public spaces are accessible to people with disabilities. For example, the Arriaga theatre provides blind people with audio information with audio description, which can also benefit from cultural programmes in Braille.

Bilbao has three tools: leadership and governance to establish long-term strategies, the medium-term plan (citizenship commitments); and, aligned with it, the strategic budgets that ensure that economic resources are allocated to priority sectors. Values such as equality, social and environmental sustainability, solidarity, transparency and participation guide municipal governance. Bilbao systematically carries out an evaluation of the cultural impact of its programmes in order to make the necessary adjustments and establish the guidelines that guarantee the central place of culture in policies. As a member of UCLG’s Culture Committee, Bilbao actively participates in the activities that it promotes. In the field of culture, it has signed agreements with Santander, Barcelona, Burdeos, Biarritz and Milan with a view to exchanging experiences.