Where to Surf and Skateboard in Bilbao 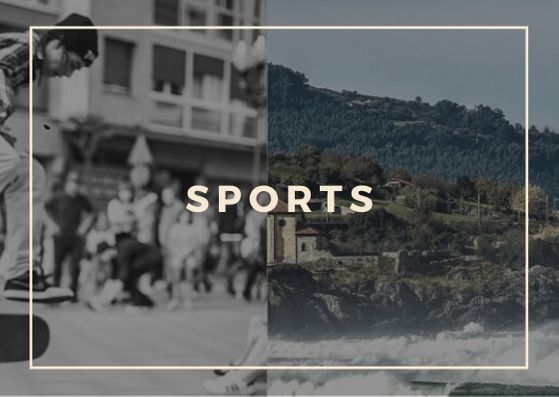 With its beaches and mountains, the sea and the countryside, Spain offers a wide variety of activities for your holiday in Bilbao. Find yours here! 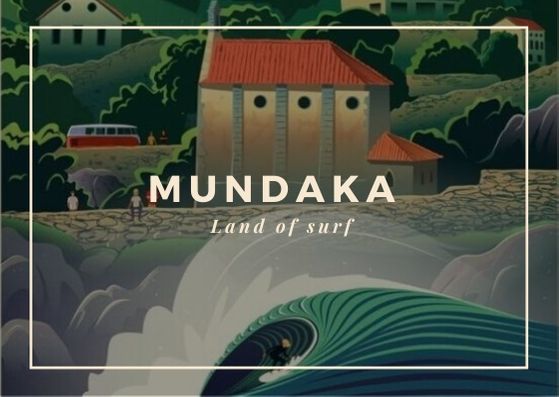 Mythical waves, of world quality, guaranteeing unforgettable moments: we are talking about the coasts of northern Spain, a surfing paradise and home to some of the biggest competitions on the international circuit. This very varied coastline, with its privileged orientation, allows you to enjoy the waves all year round, under almost any wind. Discover in its many beaches the ideal place to practice your favorite sport.

The coastline of northern Spain is a dream surfing destination. Its extraordinary geographical location allows you, at any time of the year, to enjoy excellent, powerful, varied and perfectly sized waves. You will also find an incredible variety of landscapes, which will allow you to practice your favourite sport against all odds, in a fantastic atmosphere and in areas that are still not very popular. You will even find places where you will be almost alone in the water. These are just some of the assets that guarantee you unforgettable surfing moments in our country, on the shores of the Cantabrian Sea and the Atlantic Ocean.

Varied and very diverse, the coastline of Galicia, Asturias, Cantabria and the Basque Country offers you a host of possibilities to discover. Northern Spain is full of places to enjoy yourself with the sea and a board: coves at the foot of cliffs, wild sandy beaches, long beaches surrounded by surprising natural landscapes, in the city or in quieter places. An immense variety that guarantees you a wide range of quality waves, frequent and adapted to all types of surfers: fun, highly variable ridges, ideal for beginners, but also very long waves, over 5 meters, sources of memorable sensations, or even tubes, reserved for the most audacious. Whatever your level, you can be sure that you will not regret it.

On all this part of the Spanish coast, there are many possibilities for the practice of this exciting sport: almost mythical beaches, with waves famous all over the world, a long tradition in the practice of surfing, very little frequented sites… The offer is endless: places such as Rodiles, 27 kilometres from Gijón; San Vicente de la Barquera, Suances, Liencres or Santa Marina, less than 60 kilometres from Santander; Zarautz, 21 kilometres from San Sebastian; and very close to Bilbao, only 37 kilometres from Sopelana, Bakio or Mundaka, which is considered the best left wave in Europe, and one of the best in the world, are only a few examples of an endless list.

Northern Spain is also perfect for surfing as a spectator, as its coastline hosts some of the biggest events on the international circuit. Competitions such as the Ferrolterra Classic, in the town of Pantín, Galicia (29 kilometres from Ferrol), the Goanna Pro on the Asturian beach of Tapia (97 kilometres from Avilés), or the Billabong Pro, in the waters of Mundaka, will allow you to admire the best athletes in the world in action.

An irresistible panorama, complemented by an exceptional climate, a gastronomy rich in flavours and a magnificent historical and artistic heritage. There are many reasons to make surfing in northern Spain a sensational experience. We can only advise you to come and check it out for yourself.

One of the best ways to enjoy the nature of the sea, to feel its strength and vigour is to surf. The Basque coast offers real sanctuaries for lovers of this sport and splendid beaches where it is nice to laze in the sun, swim and let the hours pass while waiting for a magnificent sunset.

Mundaka, located in the Urdaibai Biosphere Reserve, proudly boasts of its left wave, which is considered the best wave in Europe in this category and attracts numerous surfers and visitors from all over the world every year.

This wave, which starts at the Mundaka bar and ends at Laida beach, is formed by winds from the south-southwest, and can reach 4 metres in height and 400 metres in length. Its tube shape, which allows surfers to contemplate the entire coastline from within, gives it added value.

The left wave makes it possible for Mundaka to organise international competitions and for it to have been the venue for the World Circuit on nine occasions. Visitors, surfers or not, enjoy the rich gastronomy of Mundaka, its landscapes, the atmosphere of fishermen, and the friendliness of the people. 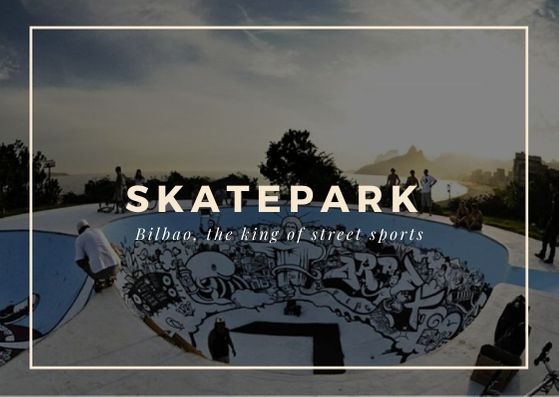 A group of young people show their skills on the new Olabeaga skateboarding park recently opened. It is one of the most urban exponents of sport in the town that calls thousands of young people to enjoy its streets in a healthy way. A bet of the City council of Bilbao that has extended by all the districts extending a hand to the youth. The budget for the work on the Olabeaga Skateboarding track has amounted to 225,000 euros and has consecrated a top-level skateboarding track, which is in great demand by young people not only in Bilbao but also in the whole of Bizkaia.

It is not only football that young people live. The proof is that they demand skating rinks, skating rinks or even roller parks. Everything is welcome, or listened to by the Urban Planning Area of Bilbao City Council. Its aim is to adapt to the new ways of doing sport and offer citizens spaces in which to practice new sports, while revitalising the streets, parks and neighbourhoods of the town.

The last and one of the largest has been opened these days in Olabeaga. The works began on 26 December 2018 and it is already a space of enjoyment for young people who, on days like yesterday’s, spend entire afternoons juggling to the sky with their skates that land vertiginously on earth.

The new runway consists of two parts: Bowl, which is what for connoisseurs translates into an underground bathtub and Street, a more urban space with elements that stand out on the surface. The passion for these skills, which sometimes border on vertigo, is what has motivated Bilbao City Council to create a top-level skateboarding track in Bilbao. This is corroborated by its dimensions, because it has a surface area of 1,327 square metres, to which are added seven skate sets that add up to 140 square metres plus a bowl of 182 square metres on the ground floor. A real luxury for lovers of this sport that has other spaces in the village that allows fans of this practice to test their skills on different tracks.

In fact, before opening this space in Olabeaga, the Europa Park in Txurdinaga hosted a new place for this sport. This skating area has 840 square meters where lovers of this sport can skate outdoors. The new rink, which replaced the previous one, has more space and better facilities. There are six modules grouped in three spaces. This offers an integrated set that facilitates the transit between them, thus multiplying the possibilities of routes. The modules are composed of a succession of ramps and curves that allow a better and more fun skating. In addition, the wider track has a two metre high ramp, allowing users to pick up more speed to glide across the entire surface. As far as the material is concerned, the track is constructed of polished concrete, metal edges and HPL bearing plates. These materials, in addition to improving the rolling absorb the noise, which will minimize the nuisance to neighbors living in the area.

In addition, a new cross training circuit has been set up in the same park. The facility has 100 square metres divided into four modules that allow fifteen different types of activities to be carried out. It is not the only cross training space recently opened in Bilbao. The third space dedicated to this modality in the village – the first is in the Etxebarria Park – is located in the recently inaugurated Punta Zorrotza Park. In this same new Zorrotza green space, a physical maintenance area has been set up to promote physical activity among the elderly so that they can improve or maintain their physical condition and healthy lifestyle habits.Bilbao is walking towards a healthy city where there are people who use the ground floor of the Town Hall bridge to get together and practice different forms of dance and where citizens take advantage of the new spaces provided by urban planning to enjoy the street. This is the case of the urbanization that connects Ametzola with Irala and that has given rise to an open-air climbing wall and a maintenance and rehabilitation area. As well as the physical maintenance area in the Sarrikue Remar groups where there is a new fronton or the Artxanda skating rink.